Palazzo Achilli, central information point for the Ecomuseo, is named after a rich merchant from Rome, Filippo Achilli, who in the eighteenth century bought the ancient structure, formerly belonging to the Prince of Piombino Ludovico Appiani, then extended and partly restored it. After renovation work by the Pistoia Provincial Government in 2005, it became a venue for temporary exhibitions to explore various topics related to the history of the Montagna Pistoiese area, organising workshops for adults and children on a regular basis. 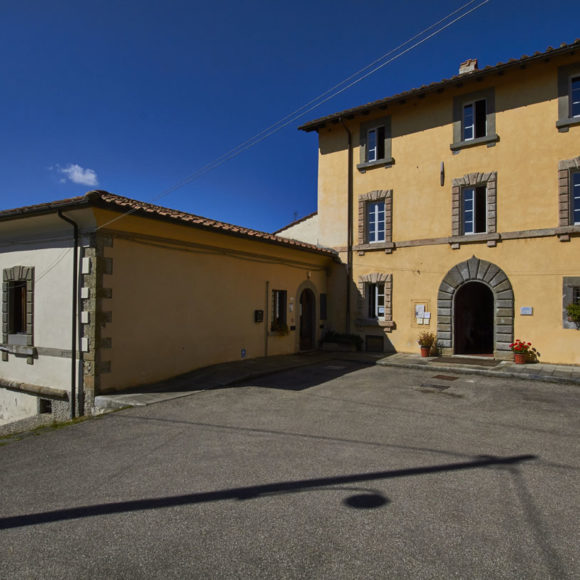 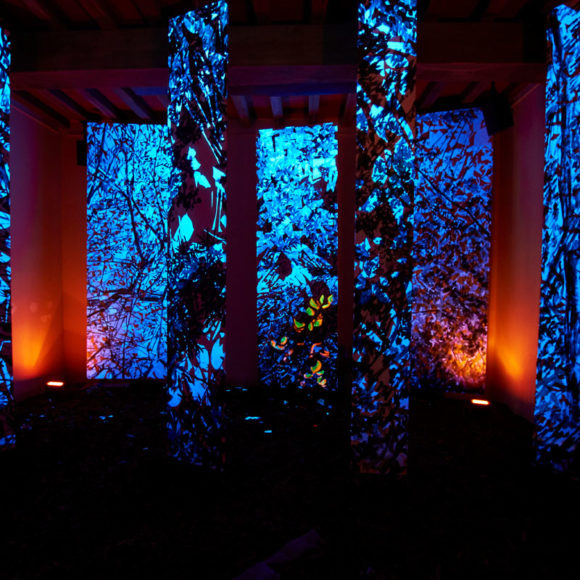 A sound archive of oral traditions from the Montagna Pistoiese area
painstaking research work has brought back to light hundreds of songs, limericks, nursery rhymes, recorded by the live voice of local informants.

Centro Mario Olla
inaugurated in April 2013, it makes available documents and testimonies regarding migration from the Montagna Pistoiese area in the 19th and 20th century.

A ONOR DEL VERO. Painted Nature and Protected Areas of the Pistoia Mountains
Exhibition of botanical watercolours by Manuela Tonarelli and cartography dedicated to Nature Reserves, areas belonging to the Natura 2000 European Network, and the forest heritage of the Pistoia Apennines
21 May – 30 October 2022

Mykes: A mountain of mushrooms
Mycological exhibition curated by the Mycological Association of Pistoia, in collaboration with the Naturalistic Archaeological Museum of the Pistoia Apennines and the National Research Council – Institute for Bioeconomy
With the support of the Municipality of San Marcello Piteglio
(23 October – 31 December 2021)

Walking ancient trails through Angelo Celsi’s photos
Photographic exhibition dedicated to the Sambuca Pistoiese area, to these forgotten mountains of ours
From an idea by Sante Ballerini. Promoted by P.A. Croce Verde Pistoia
Under the auspices of the Municipalities of Pistoia, Sambuca Pistoiese and San Marcello Piteglio, sponsored by Fondazione Cassa di Risparmio di Pistoia e Pescia
(10 October – 1 November 2020)

Leonardo’s machinery: on the trail of the genius in the Montagna Pistoiese area
Exhibition of models by Leonardo, produced by the artisan Valerio Pagliai, with the worshop “Build the self-sustaining bridge designed by the Genius from Vinci!”
(13 October 2018 – 6 January 2020)

More
We use cookies on our website to give you the most relevant experience by remembering your preferences and repeat visits. By clicking “Accept”, you consent to the use of ALL the cookies. Leggi di più
Cookie settingsACCEPT
Manage consent

This website uses cookies to improve your experience while you navigate through the website. Out of these, the cookies that are categorized as necessary are stored on your browser as they are essential for the working of basic functionalities of the website. We also use third-party cookies that help us analyze and understand how you use this website. These cookies will be stored in your browser only with your consent. You also have the option to opt-out of these cookies. But opting out of some of these cookies may affect your browsing experience.
Necessary Always Enabled

Any cookies that may not be particularly necessary for the website to function and is used specifically to collect user personal data via analytics, ads, other embedded contents are termed as non-necessary cookies. It is mandatory to procure user consent prior to running these cookies on your website.